I’m dealing with natural disasters at the moment. Either they travel after me like they did the other day in Charlotte or they rush ahead of me. The latter then happened in Hong Kong. As a result, the briefing was postponed by a full 12 hours due to a typhoon – dramatically shortening my very first stay in Hong Kong . No matter. Better to arrive behind the typhoon than during it, right? At least I thought so and tightened the sightseeing program for Hong Kong a bit. The nightlife in Hong Kong then unfortunately fell away, no cocktails in rooftop bars or dancing through club nights. But then the most spectacular view ever.

It’s Sunday. The first sunny day after a typhoon. Not a good idea to take the historic Hong Kong Peak Tram up to Victoria Peak – unless you’re not deterred by an hour and a half wait. On other days it is supposed to be better, but unfortunately we had no choice. Thousands of tourists must have held out in Hong Kong during the typhoon, only to be able to continue directly with their sightseeing program on the next possible day and storm Victoria Peak together.

More travel reports & tips for China and Hong Kong can be found here!

Nevertheless: it’s worth it. The ride on the Hong Kong Peak Tram is quite short, but spectacular in places, as it gets so steep that you tend to lie on the wooden benches instead of sitting. Once at the top, there is a large shopping and entertainment center with an observation deck, Sky Terrace 428. It’s called that because it’s 428 meters high. (Who would have thought.) Costs extra, of course, but down at the streetcar station you can buy a combo ticket, save a few bucks and get the most fantastic view of Hong Kong’s skyline in return!

The view from the Peak is magical. We spent the afternoon at the top, watching the sunset and marveling at the colorful lights of the city at night. Like in a movie, like on a postcard, like a photo wallpaper – that’s how surreal this view felt. And all the efforts and waiting time for the ascent were forgotten.

But there was more to see in Hong Kong. Read more: My tips for Hong Kong

Hey there! I created The Happy Jetlagger in 2015 to gather all those lovely places I got to know during my trips. I love to inspire others on their travels and to discover unique destinations! Working many years as a flight attendant, I finally found a way to share my travel experience. Hope you enjoy it!
Instagram TikTok Pinterest 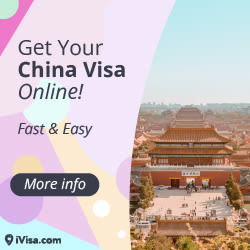 10 amazing things to do in Tel Aviv: What not to miss!